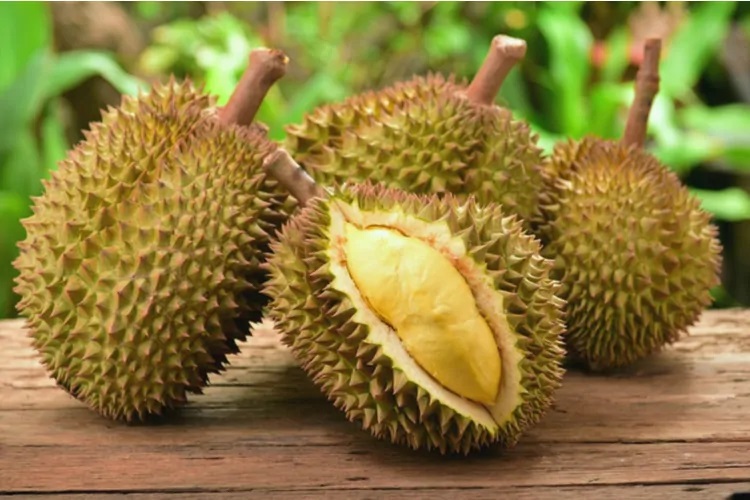 Ah, the durian. One of the most recognizable fruits of Southeast Asia. This delectable and exotic delicacy has captured the hearts and stomachs of many people in the region. Fruits like peaches and strawberries have been recognized the world over as everyone’s favorite summertime staple, but durian is not a flavor that is known to many people yet. It continues to be one of the most fascinating, ubiquitous, yet wholly underappreciated gems of our local cuisine. Served raw or as a key ingredient in many dishes, durian is a wonderful fruit that defines the national identity of many Southeast Asian cultures and is one of the things travelers should try out when they first explore the SEA region. It’s so popular that not only do traditional dishes have it, but the fruit is being spun into many trendy modern dishes like pastries and cakes. Nowadays, the fruit is not only found in stores. You can even get it via online durian delivery!

Let’s delve into the wonderful world of the durian and see what this fruit is all about.

What is the durian?

The durian is a special fruit even among its own kin. Also known as “the king of fruits” in many cultures, it is a hardy fruit that grows on some tree species of the genus Durio. It is the only tree in its taxonomic class that produces a fleshy, hard-cased fruit instead of the pods that the rest produce. These trees grow primarily in Southeast Asia, explaining the familiarity of the flavor across the region. It even grows wild in forested areas of Singapore!

Only nine species of the fruit produce fruit edible to humans, but due to the cultivation and efforts of farmers, there are hundreds of varieties of durian fruit. In Thailand, there are over 300 variations of the fruit! Other countries even grade and classify according to size and quality. Only one species is grown for international markets, but many varieties resemble each other so closely that it is hard to tell them apart at first.

The durian is a large round or oval fruit that can grow up to a foot in length and can weigh several pounds! It’s a hefty fruit with a distinct appearance. Its most recognizable feature is its husk, which can be either greenish or brownish in color and is covered with several short and very pointy spines. The toughness of these spines, coupled with a hard exterior, means getting to the fleshy insides can be dangerous. Oftentimes, you will need to handle the fruit with gloves and find a way to split it open with a sharp tool.

When you finally get to its interior, you will see two halves of creamy flesh, which can look yellow-green or slightly reddish depending on the variation, and its seeds. This is the edible part of the durian.

Where can you find durians?

Durian fruits are native to Southeast Asia, primarily in Borneo and Sumatra. It’s also found in other countries like the Philippines, and yes, Singapore. But did you know that the durian fruit has also been introduced to other parts of the world because of its prized flavors? It’s been introduced to places such as India, New Guinea, and even Jamaica. But only in Southeast Asia is it so widespread that you can get them from shops, farms, restaurants, online merchants, supermarkets, and other places.

Do you know that the durian fruit tree is a very fickle plant? They lose their viability after just a few days, and when exposed to the elements, fail to germinate. This is one of the reasons why durian remains an exotic flavor. If it’s hard to grow the tree, and hard to harvest the fruit, it can’t be viable to produce it for widespread consumption. But in the Malayan region, durian is so abundant that a significant portion of durians is harvested from wild trees! They usually receive little care, unless under specific circumstances.

Thankfully, the dilemma of transporting durian seeds is slowly being addressed. We may yet to see durian become a beloved flavor around the globe

The controversy behind durian

Chances are, you might’ve heard of the durian before, and not in a good light. Durian has become famous outside the world for a good reason: it’s a fruit with a peculiar aroma.  Its flesh has a scent that smells attractive to some but overpowering to many others. Its smell has been likened to garbage, onions, rotting cheese, and many other unpleasant things. If you’re sensitive to strong odors, it might give you pause.

But why eat durian?

Same reason we eat many other fruits. It tastes good! And if there’s a flavor that can make people disregard the smell, then it must be good.

Our love for the spiky, smelly, yet strangely tasty fruit isn’t going to go away soon. Want to try high-quality durians? Why not order durian online and have it delivered to you via Durian Delivery in Singapore? Browse our site and get your durian craving satisfied!

Best Places to Visit in Texas