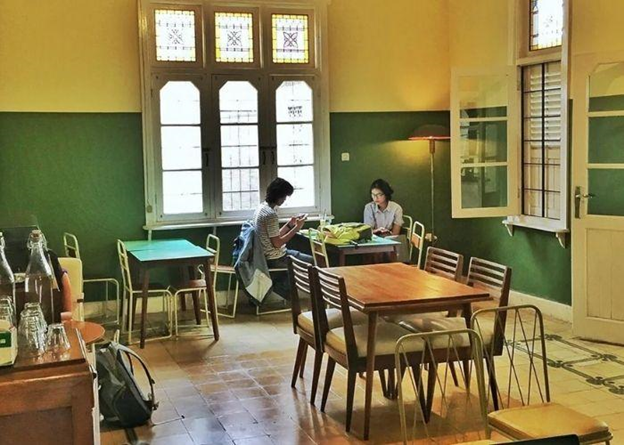 Bandung is one of the most famous cities in West Java, which has a unique geographical condition. Its uniqueness is that beautiful natural panoramas surround it. Bandung is also a historic city and a city rich in art, so it is not surprising that Bandung has many cultural attractions. If you want to go to Bandung, maybe some of these places can be used to reference cultural tourism for you.

The Sundanese arts community was founded by a husband and wife, Udjo Ngalagena and Uum Sumiati, in the early 1950s to preserve Sundanese culture. The opening of Saung Angklung Udjo started with a Sundanese art performance. And from the good response, Saung Angklung Udjo was officially established in 1966. Saung Angklung Udjo has several art facilities to stage performances that are dominated by local bamboo materials. In addition, tourists who come will also be invited to play the traditional musical instrument angklung. The location of this saung is on Jl. Padasuka, Cibeunying Kidul, Bandung City.

This tourist spot has long been famous, even since the Dutch colonial era. Formerly this place was a place to drink tea and culinary (a place to eat) with the name Dago The huis (Dago Tea House). Then over time, this place changed its function into a West Java Cultural Park. And now this place is called the West Java Cultural Park Management Center. The replacement of this function aims to preserve Sundanese culture. There, tourists can see performances and open-air theatres typical of Sunda. The location is in the highlands of Bandung, so tourists will feel at home for long there with the tranquillity and coolness that exists. In addition, tourists can also enjoy delicious dishes there centre.

Mahmud Traditional Village is the center of the spread of Islam in Bandung, located in Mekarrahayu Village, Margaasih District, Bandung Regency. As the name implies, this village is only a small village but has a big role for the people of Bandung in the past. The historical value of this village is the history of the development and spread of Islam. Simplicity is immediately felt as soon as you enter this village because unlike other tourist sites which are always frenetic, not many tourists come. However, tourists who come there can learn about the history of Islam, namely about Grandmother Dalem Abdul Manaf who is said to be the main character who spreads Islam in the area.

Cikondang traditional village is one of the traditional villages that still maintain the cultural heritage of the ancestors. The location is in Lamajang Village, Pangalengan District, Bandung Regency and has several Cikondang traditional houses. There used to be a spring surrounded or overgrown by a big tree, where this big tree was named Kondang. This name is the background of the name Cikondang village. Not many tourists visit either. But if there are tourists who come, the community will gladly accept them. There are about 45 types of typical Cikondang food that must be tried.

The following cultural and historical tour in Bandung is the Barli Museum, which is not crowded enough, and tourists rarely stop by. The location is not far from the city centre, namely on Jl. Prof. Ir. Sutami. Occupying a former Dutch heritage building, this museum carries the life and artwork of a famous painter from Bandung named Barli Sasmitawinata. There are paintings by Barli from time to time.

Barli is a painter from Bandung who was born in 1921. He studied painting at the studio of Jos Pluimentz, a painter from Belgium. Barli is in the same generation as Affandi from Jogja, who also has his museum (Museum Affandi).

Whether your trips take you on a long stroll on beaches, delicious cuisines, relaxing spas and resorts or urban attractions, additional research will give you the best experience for your visit. Get to know more about Bandung by visiting Wonderful Indonesia.

6 Best Beaches for Surfing in Bali

Situs poker online is the most trusted online site