A Perfect Fethiye Travel for You 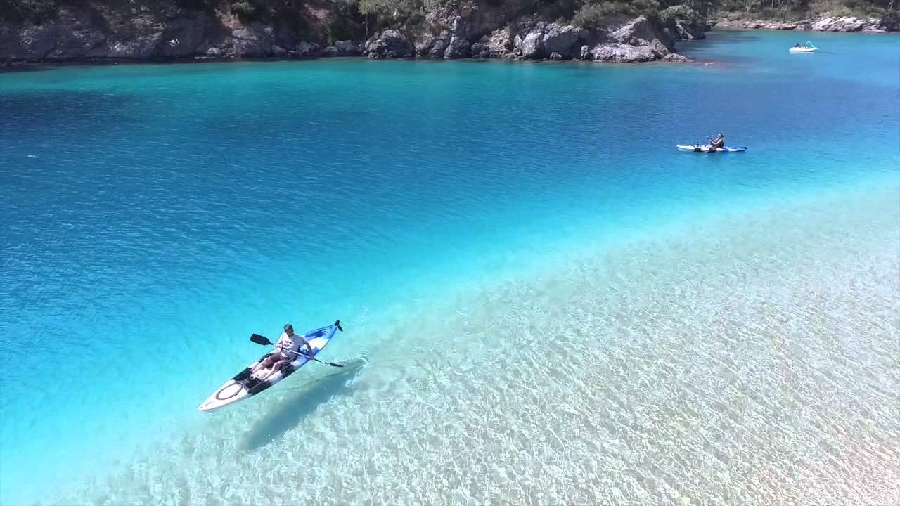 The Bay of Fethiye is the best natural harbor of all Licia and a mandatory step in any journey along this stretch of the coast of Turkey.The city of Fethiye, protected at the bottom of the bay, is the most populated in the area.

The name Fethiye is sometimes used to designate not only the city and the bay, but also the surrounding area for example, the one that includes Ölüdeniz beach which can lead to confusion.The area is known worldwide for the beauty of the nearby coastline, with some intact stretches protected by a national park. Here are the details about excursions in fethiye.

What to see in Fethiye on the Lycian coast of Turkey

Also, one of the beaches next to Fethiye, CalisBeach , became famous for being the setting for a scene from Skyfall , the 2012 James Bond movie .

Fethiye occupies the site of the ancient Lycian city of Telmessos, of which some interesting remains remain that are well worth a visit for a few hours.

Fethiye on the Lycian coast of Turkey

In ancient times the inhabitants of Telmessos had a reputation as fortune tellers.It is said that Alexander the Great took with him on his great expedition of conquest to Aristander, the most celebrated of them all, who had the task of interpreting his dreams.

Fethiye was completely washed away by an earthquake in 1958 and, interestingly, the only thing that survived the quake were the remains of ancient Telmessos.The modern city of Fethiye stretches between the edge of the sea and rocky cliffs where some of the most impressive tombs in all of Lycia are located.

The largest of these tombs are excavated representing the facades of Greek temples, a feature found in archaeological sites of ancient Lycian culture. So other than fethiye paragliding you can also be here.

Fethiye on the Lycian coast of Turkey

The city ​​of Fethiye is not of interest in itself, but it is pleasant to explore.

There are no tall buildings and the complex is quiet, but there are a number of places that should be visited, the main one being the aforementioned ancient necropolis excavated in the mountain wall .

It is a set of several tombs, some monumental, among which the most outstanding is the Tomb of Amyntas , which is estimated to have been carved around 350 BC.These tombs have a haunting and unique beauty, and in fact, there is nothing like it in the whole world.

We must take advantage of the opportunity to get to the Tomb of Amyntas and enter it since it is normally not possible to do it in other places, since access is normally impossible and, in any case, it is prohibited.Another type of Lycian tombs are sarcophagi that had the shape of small houses.The funny thing is that walking through the streets and parks of Fethiye you will find several examples of them. Some are in the middle of the roads and cars must avoid them when passing.

How To Choose The Right Online Casino? Here Are Some Useful Tips

How Virtual Assistant Services Helped Businesses One Year After Pandemic