A Quick Guide to the World of Macrame 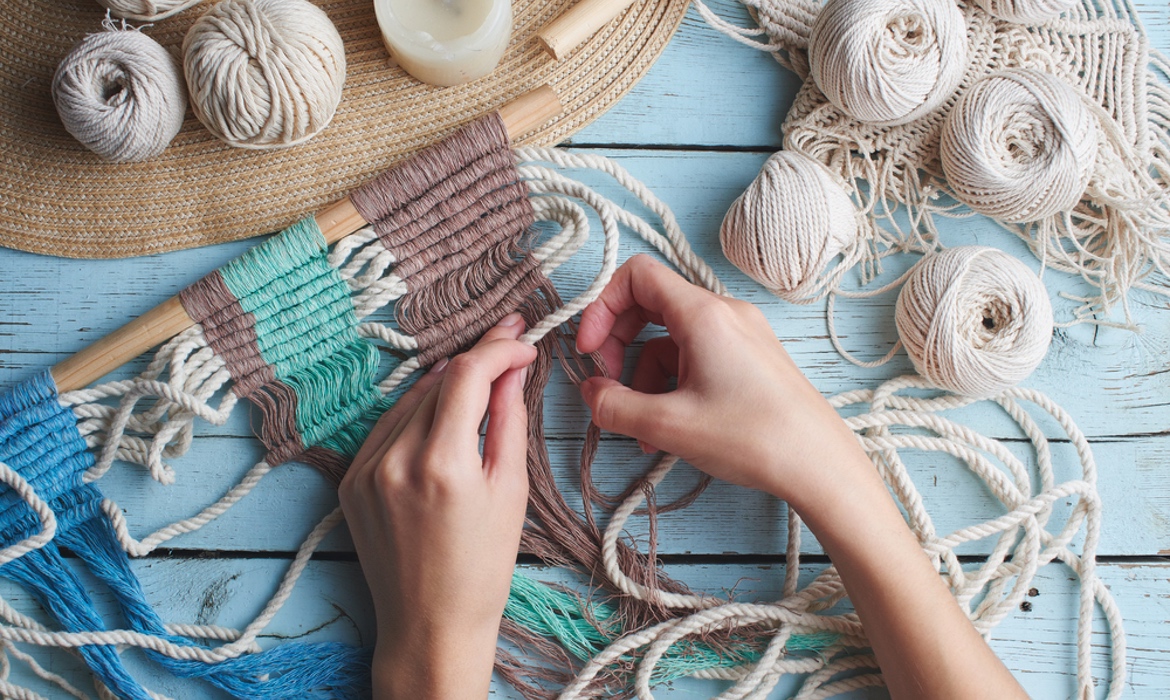 Macrame is a type of craft that utilises knots to create varying textiles. Since this art form has become more well-known in recent years, crafters and artists alike are coming up with unique ways to take macrame beyond the fundamental designs of plant hangers and wall hangings. One unique way of using macrame is coming up with a macrame tote bag.

The age-old practice of macrame has been in and out of trend for thousands of years. However, this method will always be utilised to some degree because of its functionality. It is remarkable since you can design and create items such as table runners and keychains using only your hands and a couple of affordable supplies.

What makes a piece, macrame?

Macrame is a type of craft or method of designing a textile that uses several knots to form the basic shapes and functions of a piece. Every knot can be created and designed with your hands, and there are no extra tools needed other than a mounting ring to keep the item positioned in place while you work with it.

For a piece to be considered macrame, it should incorporate at least a single macrame knot. In the majority of cases, macrame projects are designed together with numerous knots. In some instances, you can have macrame elements combined with other techniques such as weaving or knitting.

Macrame is trendy at the moment, but this isn’t the first time it was so. When people regard macrame, their mind will be travelling back to the bohemian-inspired wall accents of the nineteen sixties and seventies. It was suggested that knotting began way back in the 13th century. Other history buffs believe that the Persians and Babylonians utilised knotting in their artifacts that date back to centuries past.

In modern history and culture, macrame is a type of art that was adapted from Arabic countries. Weavers from this portion of the world used several knotting methods to finish the edges of woven tapestries as well as fringes of shawls.

Since these textiles were sold throughout Europe, more people began to design and experiment with knotting as a hobby. During the 17th century, the method had reached as far as England, where ladies of the court were taught the skill under the guidance of Queen Mary the 2nd.

Women aren’t the only people who practice macrame. Sailors also used it for functional and practical reasons. But when voyages are long, knotting served a purpose to stay engaged and mitigate boredom. Sailors eventually helped this art form become widespread in Europe. They became merchants when they embark on new ports and sell the macrame items they have made on the ship. Popular macrame items that were traded include hammocks, belts, and hats.

Finally, Victorians knotted textiles until the method was primarily replaced with sewing machines at the onset of the Industrial Revolution. The public again embraced the hand-knotting in the late sixties and seventies but became out of trend during the 1980s.

There are numerous macrame projects you can accomplish. Every project has dozens of variations to make it uniquely your own. Once you have attained the skill of knotting, you will be able to create your patterns and come up with genuinely original textiles such as a macrame tote bag. The following are just some of the functional and practical pieces you can make.

Currently, macrame is popular with millennials, and they have brought it back on-trend. However, people of all ages can truly benefit and enjoy this craft. It is easy to learn, and you can come up with some beautiful and original ideas as your skill level increases.

Get the Perfect Condo Interior Design Solutions and Ideas In Singapore