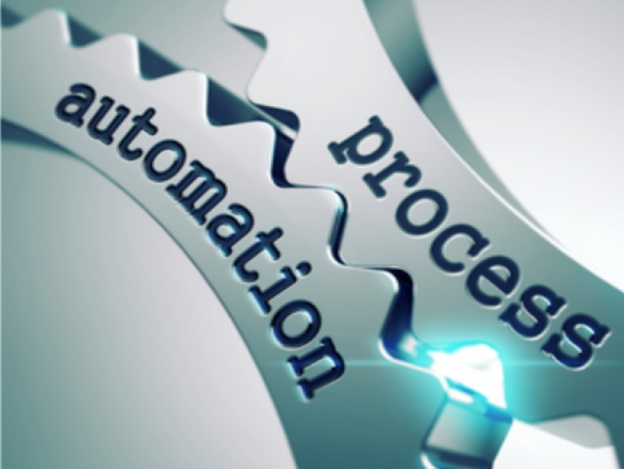 The history of automation can be traced back much further in 762 B.C. However, the term automation was coined by Delmer S. Harder (who at that time, is the Vice President of Ford Motor Co.) in 1948. At that time, automation was all about the use of machines in manufacturing companies. In the early years, machines were used with the aid of humans. That means machines were manually run by humans to do specific tasks. The best example of this would be the textile industry. Early humans used cotton spinners to produce textiles. While the machine produces textiles, humans run the machine manually.

As technology advances, machines began to operate independently with the use of electricity in the 1920s. As years passed, more innovations in automation came up and machines began to work with the use of not just electricity but by other means such as mechanical, hydraulic, pneumatic and computers. Machines can work way beyond human capacity and at that time slowly replacing humans in the manufacturing industries.   For state of the art automated solutions, be sure to visit IntelLiDrives to learn more

Automation is a good thing, especially in the manufacturing industry. How?

Manufacturing companies incur production costs. What does production cost mean? In simple terms, it is the sum of all the factory-related costs – and that includes labor cost. In a modern factory setup, most machines operate with minimal human intervention due to automation. This led most factories to require fewer human workers. Additionally, automation paved the way for factories to reduce workers’ working hours. This is due to the ability of machines to produce higher output rates. With this kind of setup factories no longer have to spend a huge amount of money on salaries for workers. Therefore, the production cost is reduced.

Automation was intended not just for reducing production costs but also by improving the quality and reliability of products. Through modern technology, machines were made to improve its precision and at the same time its reliability to work non-stop, surpassing the capacity of a human worker.

Safety is a top priority, especially in factories. However, accidents are inevitable and they often happen in the workplace. With the capacity to work independently with very minimal human intervention, automation removes workers from the workplace. Machines now replace humans in doing hazardous jobs. Occurrences of hands being caught in between moving metal parts causing both temporary and permanent injuries (such as amputations) are now being avoided.

Lead time is an important factor in production. With reliable machines running unattended at a constant speed, there is a high potential to produce more in a much shorter time.

As automation introduced a new game in production, it also introduces positive results to people’s lives.

Automation changed the lives of the people and the manufacturing trend as well. Products can now be mass-produced at a very short time – without sacrificing their quality. Factories have been able to compete globally with the use of robots utilizing the power of automated cells.

Increased Prosperity to the Society

Introduced the Need for New Skills

While the advancement in automation technology improves, the need for a new set of skills has been developed. The need arises for the technical skills required in the maintenance and improvement of automated machines. This means there is a need to develop additional vocational and technical training to match the required skills in the workforce. This could result in the introduction of higher-paying jobs for the people. Schools will require an introduction to new technical courses bringing more income to their doors.

There is an endless debate on whether automation has served mankind for a better purpose or not. Different people have different views on how automation greatly impacts their lives. For the factories owners who prospered due to the advancement in technology, they can confidently say that automation is good. However, for the workers who were displaced in the workplace, automation may seem to be their curse. Again, despite the many effects of automation (whether it is good or bad), one thing is for sure – with the continuous advances in technology, automation will also continue to help improve the lives of the people.

How to Choose the Best Headboards nz?

Keeping Your Lawn In A Good State: Ways To Show You How It’s Done