Great Cichlids and All We Know About Them 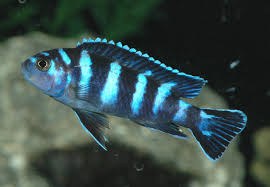 Do the cichlids have polymorphism in color and in sexual preference and do they lead to speciation?

We first looked at what keeps the Cichlids apart. The males are very colorful and the males of different species are strikingly differently colored, while females are generally very similar.

In our laboratory research, we saw that the females select their partners based on color. Females of two sister species (species that have only just split up), one of which has red males and the other blue males, always seemed to prefer their peers in daylight. In artificial orange light, where color differences were no longer visible, they made no distinction between conspecifics and males of the sister species. The fish then clenched as often as in daylight, but females were attracted equally strongly by both types of males. Males were never fussy. Even in daylight, they bellow equally with females of both species. The conclusion is that the mate choice of the females, which is based on the color of males, keeps the species separate.

Can the speciation also be explained by this?

It is to be expected that the females in particular are picky. The cichlids of Lake Victoria are all female mouthbrooders. So the females put much more energy into raising a brood than the males and have much more to lose if they choose the wrong mate. Cichlid males are polygamous. they often try to mate with as many females as possible. As the females select males for a bright color, males’ colors become brighter over time that process is called sexual selection. The fact that females are much less colorful has to do with the lack of pickiness in males and the chance of being eaten, which is greater if you are brightly colored.

Neochromis omnicaeruleus is an example of a species with color polymorphies in the females (the three upper fishes). The males (bottom) are blue and some prefer brown females, others orange and some black and white females.

Preference for bright color alone cannot lead to speciation, but in combination with variation in preference for certain colors. We know that within haplochromine cichlids there are many blue and red or yellow polymorphies, and we have found in experiments with such a polymorphic species that some females always choose blue males, while other females have no preference or preference for red males. We are not sure what causes females’ preference for differently colored males, but we do have an idea. We think it has to do with how haplochromine cichlids can distinguish colors. The photosensitive cells in their eye have three different pigments and their greatest sensitivity is to blue and yellow / red.

Guide To Buy A New House