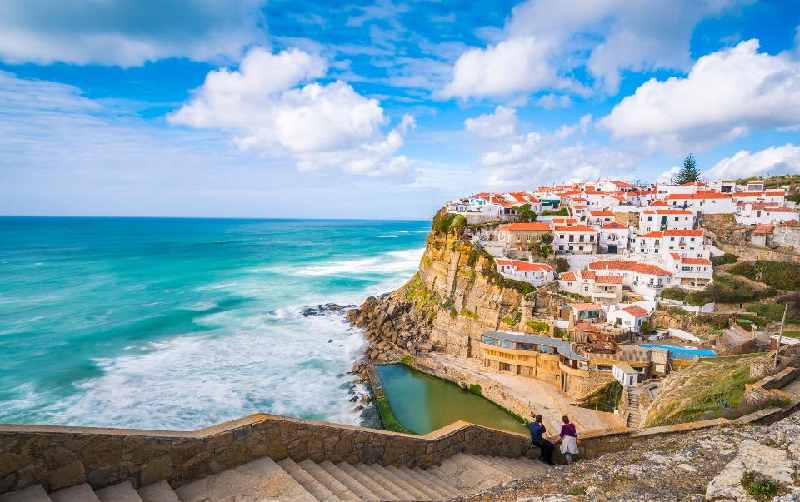 Beyond the beaches of Barcelona and the architecture of Madrid, there is so much more of Spain to explore! There are smaller coastal areas, ancient ruins, fantastic views and in some areas there’s even loads of marine life to see. With so many options, it can be hard to look over your options for smaller areas. Luckily for you, today we’ve gathered up 4 incredible destinations spanish tourist attractions you might not know about.

Right at the Eastern edge of the Costa Del Sol lies this resort town, with 5 miles of beach as well as loads of activities and some stunning sights. In addition to the beaches, highlights of a holiday to this unique destination may include:

Balcón de Europa – Amongst the most well-known sights of Nerja is the “Balcony of Europe”, which offers a famously stunning panoramic perspective of the Mediterranean coastline.

Once you’ve taken in the view, you can also take a walk along the “Paseo Balcón de Europa”, which includes many restaurants, cafés and ice cream parlours and connects to the adjoining streets calle Carabeo, Puerta del Mar and calle Cristo, if you want to explore the area even more after you’ve visited this location.

Paintings – There’s also something else Nerja is famous for, which you may not expect from a Spanish resort town (if you haven’t already read up on this one of course) – in 1959, boys from a nearby town explored the towns’ caves and discovered the oldest paintings known to man. Estimated to be between 42,300 to 43,500 years old, they’re the only paintings created by Neanderthals discovered by humans. The caves are viewable via a guided tour and are certainly one of the biggest draws for this area.

Outdoor activities – If you’re looking for something a bit more action packed than paintings and famous sights/promenades, you could also participate in things like scuba diving, sailing and water skiing.

Spain’s not just about the beaches – located less than 30 minutes away from Madrid on a high-speed train, the highlights of this ancient UNESO world heritage site include:

The Aqueduct – Probably the most famous part of the city and the biggest reason to visit, Segovia’s famous aqueduct transported water from La Acebeda to the Alcàzar. It’s made up of 166 arches stretching 17 kilometres and is made of stone from the nearby Guadarrama Mountains. This one is definitely a must see if you’re headed to Segovia – in fact, it’s such an iconic symbol of the city that it even made it onto the coat of arms!

The Alcázar – You might recognise the design of this medieval fortress in another very different tourist destination – it’s said to have inspired Walt Disney in the design of the famous Sleeping Beauty Castle in Disneyland (as well as Neuschwan castle in Germany, but this isn’t an article about Germany so that’s irrelevant). It of course has a history that goes much further back than the 1955 park. Dating back to the 12th Century, Alcázar is packed with a rich history that has seen it take on many purposes, from an Arab fort, to a palace, to a military academy, to the popular tourist destination it is today.

The Cathedral – Located in the main square of the city (Plaza Mayor, in case you were wondering), Segovia’s famous cathedral was built between 1525 and 1577 and has some beautiful stained-glass windows.

Much like Segovia, this South Western town in the province of Seville is bursting at the seams with ancient history. Highlights include:

Alcázar Del Ray Don Pedro – This famous Moorish fortress is located at the highest point in the town. It was badly affected earthquakes in 1504 and 1775 and has been slowly crumbling ever since, but it’s still a spectacular sight!

The Roman Necropolis – If you’re interested in either Archaeology or Roman history, this is the ideal place to visit! Dating back to the 1st Century BC, it includes over 300 crematory ovens, mausoleums and, of course, tombs. This one is also good if you are travelling on a budget, as it’s entirely free to visit!

Murella Romano – Another noteworthy piece of architecture left behind by the Romans is the “Murella Romano”, or Roman Wall in English. It’s very well preserved considering its age, especially compared to some of the other historical sites on this list and (similarly to the Necropolis) is defiantly worth seeing if you have an interest in that period of history.

Our fourth and final destination is probably also the most remote. Cabo de Gata-Níjar can be difficult to get to, as the roads in are infamously bumpy and dangerous, but its’ beautiful once you do get there, whilst also including some of the oldest geographical features in Europe. A quick fun fact for you: it’s the only area in mainland Europe with a desert climate. Although there aren’t as many out and out activities as some of the others on this list, the best things to see are:

The beaches – Like any coastal area, Cabo de Gata-Níjar has loads of beautiful beaches to explore, the two most famous ones being the Playa de Monsul and the Playa de Los Genoveses

The Sierra del Cabo de Gata – Although it is of course mostly known for its beaches, it’s not all there is! The area also boasts a mountain range with Spain’s largest volcanic rock formation.

There are so many wonderful places in Spain to visit. If you’re thinking of going to any of the locations listed, you should of course do further research to check all the smaller details we weren’t able to talk about here. If you’re interested in visiting Spain overall, check out vista lago residences here: https://by-bright.com/vista-lago-residences/.

How to choose a steak knife?

Thanks for the support