The Evolution of Doors 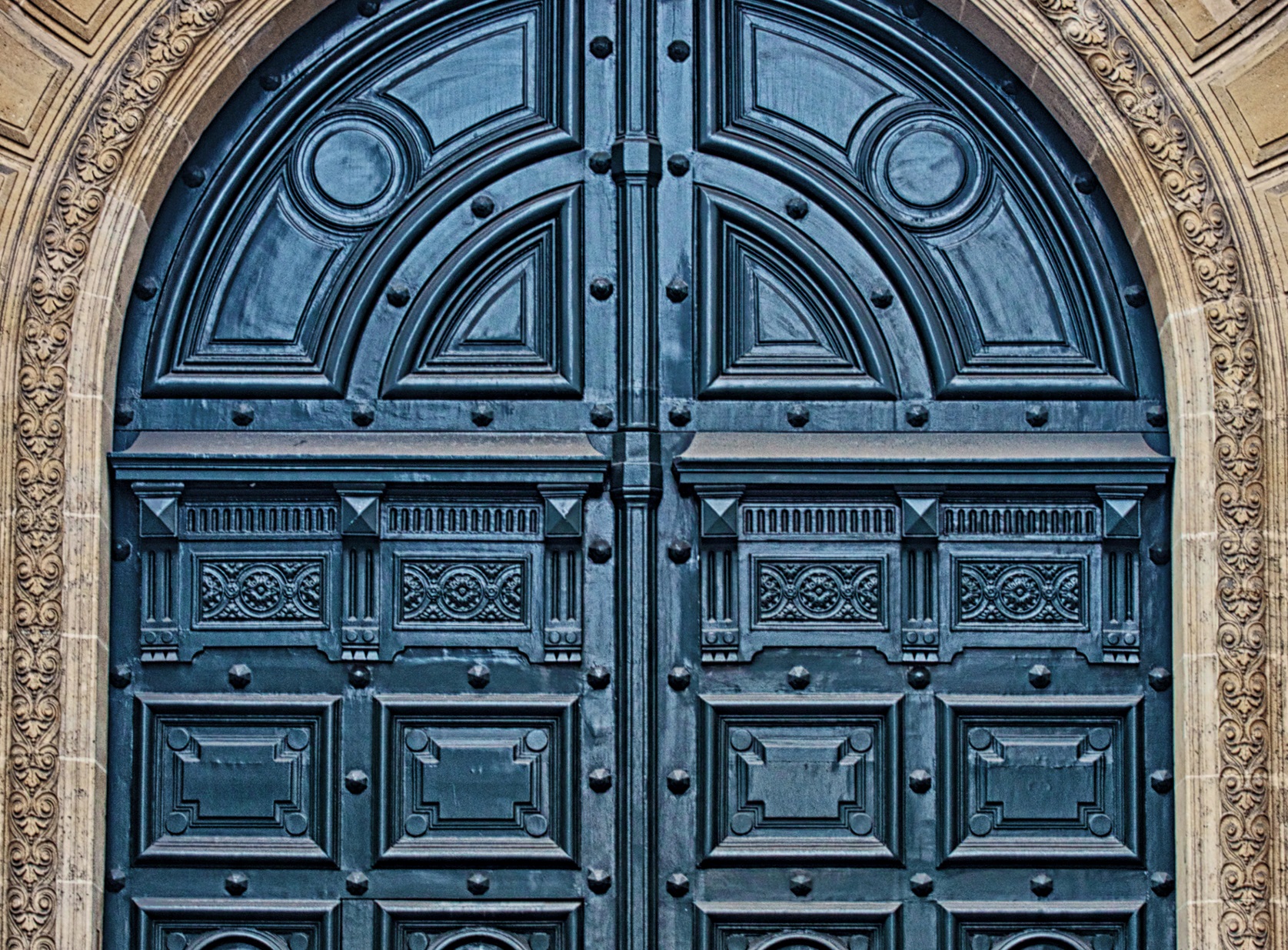 Have you ever thought about where doors came from? It often takes some kind of disruption before we truly appreciate modern amenities. When humans first built shelters, a doorway was just a gap, an opening in some sort of ramshackle wall material. The first doors, if we can even call them that, were probably just flaps of skin or cloth that covered openings. These were simply brushed aside momentarily to enter or leave. It was quite some time before shelters or homes became permanent and substantial enough to require elaborate doors. Early wooden doors were made of olive wood, cedar, oak, cypress, elm, and other woods. Some early doors were made from marble or other types of stone.

The first real doors we have record of were built by the Egyptians and were made of wood. The Egyptians didn’t need to frame their doors because the climate was so dry, but framing was necessary for early wooden doors in most places. The use of wood for doors continues to be common in modern times. Sliding and folding doors developed long before modern metal hinges were ever used. The oldest door still in existence in England dates from 1050 and is at Westminster Abbey. Medieval cathedral doors often featured plates of copper or bronze. As more permanent homes and castles were built with greater skill, doorways became an important part of security. Wooden bars could be set into place to prevent unwanted intrusions. The first all-metal locks and keys were developed in medieval times and metals became workable material for the doors themselves. The largest doors that were ever built are at NASA, designed for the assembly of the Saturn vehicles. They stand 456 feet high.

When the art and craft of blacksmithing developed, more secure and durable wrought iron doors became possible. The “black” in blacksmith refers to the oxides that form on metal during heating. The “smythe” either meant “to strike” in Old English or likely came from “skilled worker” in German. The blacksmith hammers and otherwise forges, or sculpts, the iron into the desired shape, using a variety of different techniques, all involving heating the metal to a high temperature. The colors of the heated metal indicate its temperature and workability. The modern craftsman continues this ancient combination of craft and art that creates the wrought iron used in modern iron front doors. In many ways, wrought iron doors are the culmination of the possibilities of the door. Modern iron front doors offer the utmost in durability and security while the contemporary blacksmith can create many stunning and elegant permutations of iron design. Many modern iron front doors feature different types and designs of inlaid glasswork, making them among the most beautiful possibilities ever available to fill a doorway.

What Should You Look for in a Gaming Monitor?