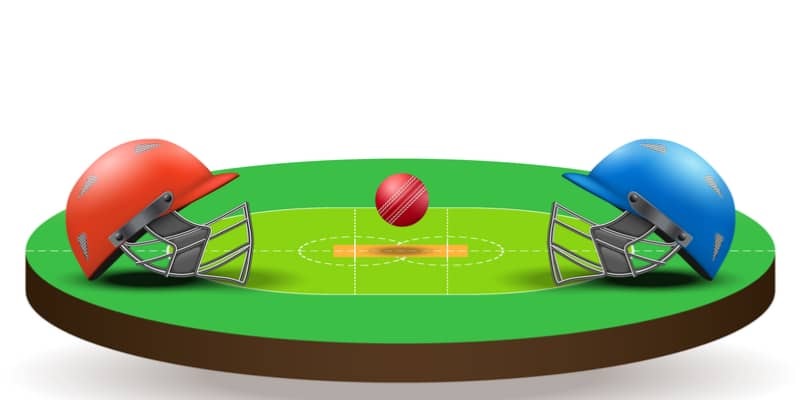 Fantasy Sports is a rage in India. While fantasy sports are already established in the western countries, it is still making inroads in the Indian subcontinent. Over the years, the evolution of sports and technology has spurred the growth of fantasy sports in India. Through retrospective analysis, only a handful of start-ups and apps like Dream11 that dealt with fantasy sport were available for the users.

As of now, there are almost 60 fantasy sites and platforms competing against each other while offering an array of contests. This is mainly possible due to the avid following in the country, regardless of the sport. It has been further boosted by capital investments by gaming companies such as Nazara and Tencent, which has directly increased the competency of fantasy platforms and creating a bigger scope for fantasy sport to grow in India. The IFSG-KPMG report tells us that there are about 20 million fantasy gamers in India right now. In 2016, this number wasn’t quite high with the introduction of Jio being a telling factor as well in this surge.

A huge majority of the Indian public is aware of the fantasy sports currently on offer. In fact, every other person is likely to play the game of skill on sites like Dream11 and Game of Guru. While cricket is the premier fantasy sport in the country, sports like Football, Basketball and Baseball are slowing breaking into the market. In fact, the fantasy kabaddi is also huge hit with attractive prize pots on offer. There isn’t any dearth in fantasy contests with practice contests also available for the sole purpose of entertainment. Apps like Dream11 offer an outlet for sports enthusiasts to follow their favourite sports like never before. With the added incentive of money and one-upsmanship, fantasy sports are on the rise.

Before jumping into the finding out the best app like Dream11 and Game of Guru, understanding how the fantasy contest works is crucial. It is as simple as it gets. You need to select the best possible set of players depending on your intuition. In addition, you will have to appoint one or two players to deliver x2 or x1.5 points as captain and vice-captain. Upon successful creation, you can pit your team and money against fellow fantasy enthusiasts in any contest. While there are head-to-head contests and also three member ones, the value contests are always the grand leagues. Here are various apps like Dream11 for football, cricket and other sports.

Dotball specializes in fantasy cricket with the fantasy app being the official fantasy partner of the Tamil Nadu Premier League and also the Mzansi Super League. Unlike Dream11 and Game of Guru, Dotball specialises in cricket with live coverage of a few games also on the app. Upon signing up for the app, you get a starting bonus of Rs. 51 which can be used to enter into any fantasy cricket contest. With an easy transaction procedure available on the app and relatively low competition, Dotball could well be your go-to app for fantasy cricket.

One of the best fantasy apps in the country, Game of Guru also provides contests in various sports such as fantasy cricket, basketball and indian fantasy football. With a easy-to-use app and flexible payment methods, Game of Guru stands out as a Dream11 similar app. While the points system is similar to that of Dream11, there are a few exciting tweaks in the basketball team selection which adds value. With the impending MLB season, Game of Guru is definitely an app to keep tabs on.

Halaplay was founded in 2017 and has risen to a position of strength with fantasy contests in cricket and football being promoted by the platform. The site is also known for providing match line-ups and updates on their Twitter handles and other social media. Incidentally, Halaplay was one of first apps like Dream11 to integrate the option of changing teams after the toss. You can play both fantasy cricket and football on this app with exciting prize pots on offer.

Another exciting Dream11 like sites in India, Faboom is rather unique. While most apps like Dream11 provide the option of picking two multiplier options, Faboom levels the playing field with no such options. They give the user the chance to rank their players from x2 to x1 based on their intuition. With contests pertaining to cricket, football and kabaddi, the Rank Fantasy Format could be your go-to fantasy mantra

Owned by Ability Games, 11wickets is a prominent name in the fantasy sports field for quite some time. Although many fantasy websites do not have this integrated, 11wickets provides a scorecard for each match. The scorecard is updated every five minutes which is a decent addition. However, 11wickets specializes in fantasy cricket with other sports still to make its way into the website. In addition, 100% bonus is usable in some of the leagues.

Founded in 2019, Binoba11 is one of the more exciting fantasy platforms to rise this year. Although their points system is similar to that of Dream11, the way the app is presented stands out. Despite only coming into prominence this year, Binoba11 specializes in cricket contests. Despite being one of the new fantasy website, their promotions attract a fair number of users as well. While apps like Game of Guru specialize in different sports, Binoba11 has fantasy cricket contests are quite popular among the public.

In spite of covering mostly cricket contests, the site provides contests for Kabaddi and Football as well. Although it might be a new fantasy cricket website, Fantain has also the tools to compete with the likes of Dream11 and Game of Guru. With contests from cricket, football and kabaddi on the site, Fantain is a good app to spend your time on.

FanFight is another similar app to Dream11 with more contests from the sport of cricket. With the addition of football and kabaddi in the last year or so, FanFight is also slowly making its name alongside Dream11 and Game of Guru. It’s points system is similar to that of Game of Guru while there are a number of promotional codes on offer upon registration. With an easily accessible app in place, FanFight ranks among the best apps alongside apps like Dream11, Faboom and Game of Guru.

Launched in 2017, MyTeam11 is one of the leading fantasy platforms in India right now. With four sports on offer, MyTeam11 provides a unique experience like no other fantasy app does. Virender Sehwag has also campaigned for them in the past which signals their prowess in the market to attract such big names. With a wide range of contests and sports, MyTeam11 provides a great experience for fantasy enthusiasts to pit their wits against fellow users.

My11Circle allows fans to endulge in to their favourite sport with contests from cricket competitions all over the world. Endorsed by BCCI President Saurav Ganguly, MyCircle11 is rapidly rising among apps like Dream11 and Game of Guru. The games will be running round the clock, and no matter what schedule works out for you, there would always be a game to start with. With registration being quite easy with a Google or Facebook account, there is a lot to play for in the fantasy contests as well.

Although Fanbash is still making its way to the top of the fantasy cricket market, there is a lot to it than what meets the eye. From attractive promotion and bonus codes to an user-friendly friendly interface, Fanbash is gaining traction. It offers contests from various sports such as Cricket, NBA, Football and even hockey. With a transparent and hassle-free transaction system, Fanbash is one to keep an eye on.

An app like Dream11, FanMojo also provides a similar experience. While the nuances of a fantasy team remain the same, there is extra flexibility in the player selection. The captain and vice-captain aspect of a FanMojo fantasy cricket team remains the same. With a few tweaks in the points system, FanMojo also offers a great experience in Fantasy Cricket. In addition to cricket, the site also has football and kabaddi contests. Fanmojo app allow users to play casual skill based game to participate in leaderboard style contest & win cash. Casual games are fun & easy to play & can be played any time without any time restriction.

GamePro 11 is one of the newest fantasy apps similar to Dream11. One can easily register on the app and get a hefty registration bonus, usable in any league. In addition, the app’s interface is quite pleasing, much to the delight of the fantasy gamer. The point system and team selection is similar to that of Dream11 and Game of Guru with live updation of scores also available. For any gamer looking for a fantasy site like Dream11 without much competition, GamePro11 could be your ideal fantasy platform.

If you are a cricket fan and want to utilize your knowledge to win money playing fantasy cricket here is an useful guide for you: 15 Fantasy Cricket Tips and Tricks To Win [Underrated ]

While there is no dearth in fantasy platforms in the country, identifying the right set of players and strategy is key. Some of you might have a good knowledge of sports. But for others who are trying their luck out, there are few fantasy tips websites that can work in your favour. One such website is SuperFantasyLobby, which provides a line-up optimizer to cater to your fantasy team requirements. While Dream11’s FanCode is a hub for all sports, you can follow the latest scores and trends on various sites and apps available.

The 4 Best Gift Packaging Ideas For Your Products

Factors to consider when choosing a Pickering family lawyer!