3 Functions That Kitchen Suppression Systems Necessary in Any Building 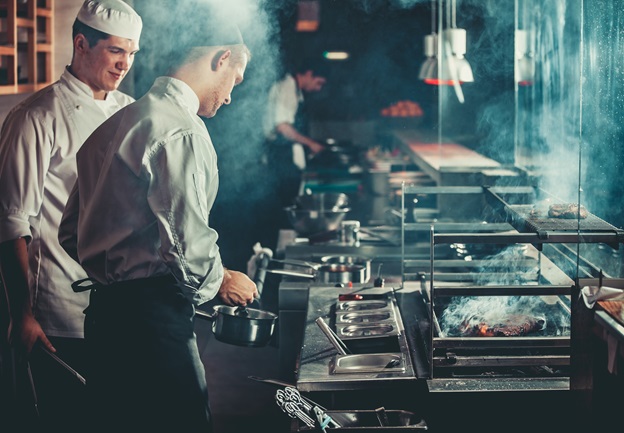 Kitchen fires are one of the most detrimental, yet preventable accidents in the food industry. According to the National Restaurant Association, nearly 8,000 food establishments report a fire each year, resulting in an annual average of $246 million in property damages. Often the result of human error, many kitchen fires can be avoided with the help of a kitchen suppression system.

A kitchen suppression system can reduce the risk of fire by containing it before it spreads to other parts of the building. The system works by installing nozzles into the kitchen hood exhaust of different appliances such as stoves or deep fryers. When the system detects a fire, the nozzles in the kitchen hoods release wet chemicals that cut off the oxygen supply to the fire, quickly suppressing the flames.

Investing in a high-functioning, state-of-the-art hood system for your kitchen’s needs will protect your facility and occupants from fires in the following ways:

Bustling commercial kitchens with complex appliances and open flames are a breeding ground for fires. Grease fires account for the majority of all kitchen fires and many result from poorly maintained exhaust hoods and ductwork. Grease residues are highly combustible at 700 degrees Fahrenheit and most commercial ovens regularly operate at this temperature. When these grease residues ignite, the flames get into the ductwork and exhaust system posing a substantial fire hazard.

Fires—especially grease fires—spread extremely quickly and without the proper safety precautions, they can engulf an establishment within minutes. Within just two minutes and thirty seconds of a fire starting the source room will reach 100 degrees Fahrenheit if the fire isn’t extinguished. Within three minutes that number climbs to 500 degrees Fahrenheit. 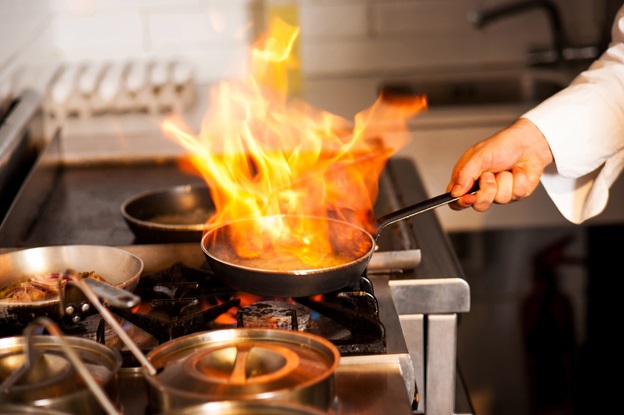 A commercial kitchen fire usually has multiple sources of heat coming from different cooking stations so it can be difficult to detect the fire before it’s too late. Kitchen suppression systems can detect and locate the source of fires almost immediately to prevent extensive damage.

Once a fire has been detected, the nozzles that are located in the exhaust of the appliance expel wet chemicals that are designed to cut off the oxygen supply to the fire.

Simultaneously, the gas line to the impacted appliance shuts off so the fire has no fuel to continue to burn. This allows the fire to be put out before it spreads to another range.

The kitchen suppression system automatically activates the hood, which removes the smoke from your kitchen.

This three-step approach quickly and safely contains kitchen fires without affecting other cooking stations, eliminating the need for a full kitchen shutdown. This means that you don’t lose all of the food being prepared in your kitchen, just the food that was burned in the fire. The quick response of the system results in less loss to the kitchen, saving you food, time and money.

Other Benefits of a Kitchen Suppression System

If you’re in the process of reevaluating your fire protection services, give us a call at 1-866-238-3404 or get a quote for a kitchen suppression system for your establishment today.

Do you know the Tricks to Play Online Rummy Games?

4 Reasons to Appreciate People Who Deal with Junk