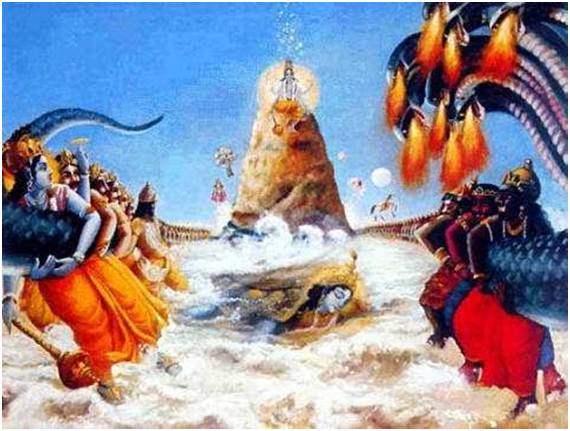 Maha Shivratri is a Hindu religious festival which is celebrated every year, on the fourth day of the Krishna Paksh in the month of Phalgun (February- March). It is a day to honour and worship Lord Shiva. It is celebrated by Hindus all over the world with enthusiasm and fervour. The devotees of Lord Shiva spend the day fasting, praying, chanting mantras, stay awake the whole night seeking the Lord’s blessings and revel in the powerful mesmerising Shiva energies. Maha, means ‘great’ and Shivratri, means ‘night of Shiva’, and is also called Shivratri by devotees. It is the only Hindu festival to be celebrated at night.

To define Lord Shiva is not easy and at the same time it is easy. Lord Shiva is the universe and all that is there, He is in everything and everywhere. Lord Shiva is the infinite, formless supreme power, the creator and destroyer. It’s no surprise that on one hand Lord Shiva is hailed as Rudra (fierce) as well as Bholenath (the innocent and simple one).

It is natural to wonder Maha Shivratri kyu manate hai?

We can refer to the history of Mahashivratri and the stories connected to it to find the reason. There are quite a few versions of the stories.

One of the most celebrated events is their marriage. Lord Shiva and Goddess Parvati married each other on this day. To celebrate the holy union, we celebrate it as Maha Shivratri. In fact, in Kashmir, the Brahmins start celebrating this festival 3/4 days prior to Maha Shivratri with fanfare.

Second event is that during the Samudra Manthan (churning of the cosmic ocean) the poison which was thrown up was potent enough to wipe out all of creation, including Earth. Finding no any solution, the divine gods turned to Lord Shiva who willingly consumed the poison and held it in His throat. With His throat turning blue because of the poison’s presence, Shiva came to be known as Neelkanth. He therefore saved the cosmic creations and saved every living being. On this day, people celebrate Mahashivratri in order to glorify various pastimes of Shiva.

Another event is that Lord Shiva performed Tandava on this night of Maha Shivratri. The Tandava is His cosmic dance which He performs to display His potencies associated with creation, preservation and destruction.

According to Shiva Purana, Lord Shiva intervened when Lord Brahma and Lord Vishnu fought over supremacy and manifested as the divine lingam. It is this event that we celebrate as Maha Shivratri. Because Lord Shiva revealed Himself through the Lingum and He explained to Lord Vishnu and Lord Brahma that They came from Him, we celebrate this pastimes of Shiva as Mahashivratri.

Maha Shivratri is considered a powerful day and night. Since ages Maha Shivratri has been celebrated on the 14th day of Phalgun. The Hindu scriptures specify  that worshipping Lord Shiva on this night pleases Him the most and this was revealed by Lord Shiva Himself to His consort, Goddess Parvati, that the rituals performed by His devotees in this month satisfies Him the most.

On this day, the devotees of Lord Shiva worship the Lord with single minded devotion and faith. They keep a fast all through the day, perform Abhishekham (sacred bathing) of the Shivalingam or Shivling, Items used in the sacred bath include milk, water, honey and other liquids.

People stay awake the whole night and engage in praying, chanting His holy names, singing Bhajans (hymns), meditating on Shiva’s beautiful form. These activities liberate them from all the wrongs and past sins.

Women fast and worship Lord Shiva praying for the long life of their husband whereas the unmarried women pray to be blessed with a husband like Lord Shiva. Surely, Maha Shivratri has a special connotation for women devotees. Due to planetary positions, the sky is filled with energy vibrations of shambhu tattva i ideal for spiritual activities and meditation. It is a night of transformation for the better for all those open to it, a night of immense possibilities. The transcendental energies of this day and night is tremendous.

Spiritual seekers and Sadhaks look forward to this night to attain spiritual ascension. It’s Lord Shiva who helps to progress in the spiritual path and guide mankind to grow spiritually. People who are into Sadhana, stay awake all night with focused intension and they sit for hours with their spine erect, for the Kundalini (Shakti) energies to flow and immerse in deep meditation.

Maha Shivratri Pooja – Scriptures mention that Lord Shiva is easily pleased by the one having genuine devotion and a pure heart. However the devotees follow the Maha Shivratri ki puja rituals exactly as it has been done through the ages. The ideal way to follow the rituals is by waking up early in the morning and taking a bath, some take a dip in the holy Ganges river, keep a day long fast, chant Lord Shiva’s mantra and name. In the evening, after having a bath, devotees visit Shiva temples to worship the Shivalingam or Shivling. In the temples, the main ceremony is Shiv Abhishekham (sacred bathing) performed milk, yoghurt, honey, ghee, sugar and water. These items carry the energy (shambhu tattvas) blessings from Lord Shiva.

Applying the Vermilion paste, sandal paste on Shivlinga, offering Bel patras, offering milk and water are some of the rituals to be done on these days.

Of these items Bel Patras or Bilwa leaves are dearest to Shiva. Some devotees apply Vibhuti or Bhasm on the Lingam. One can also offer Ber (Jujube), Bel (Wood Apple tree fruit), flowers, garland, sweets and other fruits that please Mahadeva (Shiva).

You can chant Shiv Mantra – Om Namah Shivaya, for good health, prosperity and for removal of fear.  You can also chant Mahamritunjaya mantra for long and healthy life and Om Namo Bhagwate Rudraay.

Of all the mantras, Sri Rudram, Chamakam and Dasa Shanti mantras during Abhishekham are beneficial. The mantras should be clearly pronounced and chanted with focus and pure intension.

One of the most crucial parts the Maha Shivrati ki puja is fasting or Shivratri Vrat. Fasting detoxifies and keeps the body light, calms down the mind which in turn helps to focus on prayers and meditation. The Maha Shivrati fasting is for the duration of the full day and night. The significance of Mahashivratri fasting is that, it brings about desire fulfilment by the Lord’s grace. People also a full fasting refraining from eating or drinking anything, including water, through the duration. Alternatively, one can also have a fruit, milk, water diet during the day and an evening with fruit or food, till breaking the fast the next morning.

Breaking of the fast is done with first having the Prasad which was offered to Lord Shiva.

For devotees who cannot keep a fast due to any physical condition, very light and easily digestible food in small quantities is advised. Pulses, rice, wheat, table salt in any food consumed that day is not allowed. Rock salt can be used in place of normal salt. Some Maha Shivratri fasting food are:-

On this auspicious night, many people organize special functions and programs like singing performances because dances and devotional songs are intimately associated with Lord Shiva. Maha Shivratri bhajans are sung by artists and devotees. Special ‘jagaran’ (night vigil) are organised, to keep people awake on this great night, where people participate in devotional songs, bhajans. Greetings of Happy Maha Shivrati are exchanged amongst devotees with joy on this special day.

Maha Shivrati 2020 is marked on 21st February (Friday). Note that fasting is from the morning of 21st February and parana is on on 22nd February morning.

What are some of the best campgrounds in the USA?