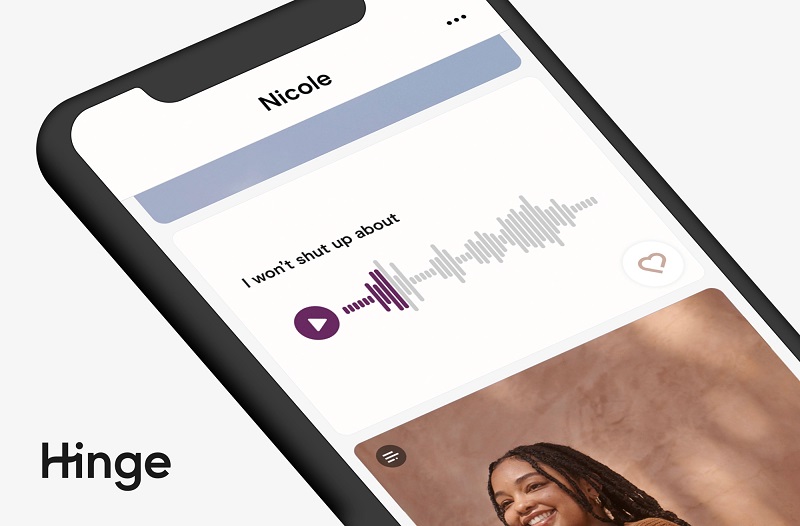 It was just a month ago that Hinge debuted its new feature Voice Prompts which allows users to share facts about themselves (or sing songs!) via a voice recording rather than simply texting the info.

The clips last 30 seconds and Hinge offers users a variety of suggestions for what to say – or sing.

The suggestions include prompts to discuss a certain topic or share a specific story. For instance, for example, users can share their biggest dating fail or perhaps a weird fact about themselves.

Here are a few examples –

There’s a lot more than these to choose from and some of the responses elicited  have provided great fodder for TikTok and Twitter.

Users of the above apps have been sharing the weirdest and cutest prompts they’ve received and it can’t be a bad thing for Hinge that these have garnered thousands of likes and shares.

A truly innovative idea is hard to come by in the super-competitive world of dating apps but Hinge seems to have really hit the nail on the head with Voice Prompts.

But why is it so successful?

Why wouldn’t people enjoy talking to one another on an actual phone call? Well, two reasons – phone calls have too much pressure attached to them, you don’t know if you’re going to get on with the person enough to dedicate time to a call and Voice Prompts allow just enough of a taste of their personality for you to choose to move on to more conversation or not.

Then there’s the humour factor – there’s so much space for fun in these prompts that they’re pretty much irresistible. Funny voices, witty responses and jokes are just what most of us are looking for!

Connecting in this way is great, particularly for those who have the gift of the gab – receiving a new Voice Prompt is fun and a bit scary -after all, you never know what you’re going to get and who doesn’t want a bit of drama in their lives?

It’s been a dramatic week for many of those in the world of dating apps – the executives particularly.

For one, there was the fact that Match Group decided to settle out of court in the drama-ridden Sean Rad case.

Rad, Tinder’s co-founder and one-time CEO took the mega company to court because of their alleged porky pies over Tinder’s worth.

Rad claims Match Group swindled him out of millions when he left and the company have just agreed to a massive payout rather than let a jury decide who was right.

Rad, well-known for his trickery, had already been caught out himself, recording his colleagues in an attempt to catch Tinder out.

Then there was the fact that he paid a witness a couple of million to say the right thing in court.

He’s never been, shall we say, an honourable man though. He lost his position as CEO at Tinder due to a run-in with Whitney Wolfe Herd and shortly after that, was out around town giving all manner of embarrassing interviews.

In the world of dating apps, the biggest and the best are always the ones receiving the most attention. Hinge could soon be a lot more popular than it already is.