How to convert webp to png online? 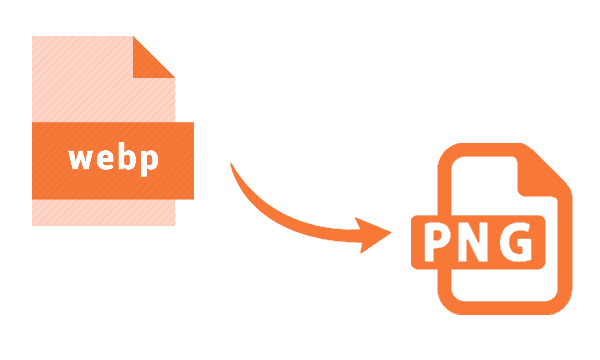 For those who have been using computers for some years, knowing the different image formats available to store the images that we produce with our image editors is essential, since each of them is better adapted to a certain scenario than the other. The webp to png converter happens to be perfect in this case.

Sometimes quality is necessary, and we obtain that with TIFF-type formats, but as a consequence we have a very large image that is very difficult to share. In these scenarios, it is best to use compressed image formats, such as JPG or PNG, especially if the image was designed to be used on the Internet.

This is where the WebP format comes into play , designed specifically for use in the network of networks, which provides a very appreciable amount of features for this platform, and as we will see in this post, it came to replace JPG, GIF, PNG and the other formats somewhat outdated on the modern Internet.

In this post we will know everything about the WebP format , including how to install the codec that allows us to view it on our computer, and how to convert a WebP image to other formats to be able to use it without compatibility problems.

Introduced in 2010 by Google,  WebP is a low loss compressed image format  developed to compete with or replace current standard graphics formats. According to its developer, it is capable of providing certain characteristics superior to other formats, such as that  the images exported in WebP are 45% smaller,  while preserving the transparency channel.

However, despite its qualities, the WebP format, after some years of use, has not been able to reach, in terms of popularity, the well-known JPG or PNG. This has an impact on users and professionals not using it as a regular tool for their web development, making it difficult to reuse in other projects or jobs because few programs are capable of converting a WebP image into other more popular formats.

Precisely from this point, and in response to this need, we will know some of the most used tools to convert WebP images to other formats.

As we mentioned above, it is quite difficult to find good software that offers native support for WebP,  and the ones that we will comment on in this list are the best that we can find in the market, for quality, features and also for being completely free.

All these apps also offer the possibility of exporting and importing WebP image files to be able to save them in other formats such as JPG, TIFF, PNG or others.

A complete image editor whose quality is comparable to that of Photoshop. Also cross-platform and free, it  is capable of converting WebP images in the way that seems most appropriate to our needs.  However, it is not an ideal tool for beginners.If you wish, you can download GIMP to convert WebP images by clicking on this link.Another popular image  viewer that is also capable of converting from the WebP format.

Also a well-known tool in the field of photo viewing, it includes the option to convert WebP images. It is completely free, but it is only available for Windows computers.